This column originally appeared on @Broadsheet.ie on April 17, 2018

The story of the kerfuffle caused by the Lord Mayor of Dublin’s trip to the West Bank reminded me of how my own ill-fated trip there, back in 2004. That visit ended in me sitting in my boxers in a security room in Ben Gurion Airport. A fate fortunately not visited on our city’s first citizen.

I had been visiting Israel and the West Bank along with three colleagues. We were part of a group from Glencree that was organizing study visits to Ireland by Israeli and Palestinian politicians to meet key players in the Irish peace process, both North and South.

Our purpose was to catch up with some of those who had been on the last visit and prepare for the next one. Our four-day trip, had been planned in conjunction with our Department of Foreign affairs and had the support of the Israeli Embassy in Dublin.

The President of the Palestinian Authority, Yasser Arafat, had died a few weeks earlier. So, when the two of us reached Ramallah, which is just a short drive from Jerusalem, the speaker of the Palestinian Legislative Council was now the acting President, and his deputy, a very charming GP who had trained in Dublin, was the Acting Speaker.

The acting speaker could not have been more welcoming, both in his office – where he talked fondly of his time as a medical student in Dublin – and on the floor of the Council chamber where he formally welcomed us to Ramallah and wished our project well. This was all shown on Palestinian TV later that night – a channel that is watched assiduously by Israeli military intelligence.

He then brought us to visit Chairman Arafat’s tomb, where I was asked to lay a wreath (which I still swear to this day, I had to pay for on the spot). Another event that made it on to the Ramallah 6.01 News.

The following day we returned to Jerusalem via the dreadful Kalandia/Qalandiya crossing where ordinary West Bank Palestinians queue for hours to go through this highly militarized and barbed wire strewn checkpoint to get into Israel.

Before we returned to our hotel in old East Jerusalem we had a quick detour back to Tel Aviv for a last-minute meeting with the Deputy Chief of Staff of the Israeli Defence Forces, Amos Gilead – a meeting which his office had requested, as he wanted to talk with us about the Northern Ireland peace process.

Early the following morning two of us headed for home, leaving our colleagues to stay another night and finish off the itinerary. One of them borrowed my travel adaptor.

The hotel had ordered a taxi to take us to Ben Gurion airport. As you would expect Israeli airport security is tight, very tight. You are advised to arrive at least three or four hours ahead of your flight to allow time for all the checks. We were about four hours early.

As we queued up to leave in our suitcases, I heard an official call my name. I went with him, handed in my suitcase, watched it go through the scanner and then, rather than proceeding through the rest of the lengthy security screening channel with the rest of the passengers, including my colleague, I was invited to join the official in an interview room. Not a good omen.

There two army officers were waiting to have a chat with me. They took my passport, my mobile phone and my laptop bag and put them to one side. I could see pictures of me in Ramallah in the folder in front of them.

They then proceeded to ask me about the purpose of my trip. I produced my letters of introduction from the Israeli ambassador, explained why we were there and indicated generally what we had been doing. The questioning continued for about 40 minutes. The two officers then left the room.

When they returned they said they wanted to search me. I was told to remove my belt, shoes, trousers and jacket, these all were taken away. I was then asked to unbutton my shirt. “Would you not buy me a few drinks and dinner first?” was the question that popped into my mind – but luckily it stopped there and never made it to my mouth.

They next turned their attention to my mobile phone and laptop. Through habit I had turned my mobile off as I was queing up. They asked for my pin number. I refused.

They then tried to turn on my laptop. I had not switched it off properly the night before and so the battery was flat. They found the charger but saw that it came with big UK/Ireland three pin plug. Israeli sockets are like US ones, though with V shaped slots. They asked for the adaptor. I explained that I had given it to one of my colleagues. How could they charge my laptop to see what was on it, they asked?

Seeing that we were in an airport, I suggested that one of them pop down to the travel shop and buy one. They were not amused. I then explained that even if they could get the laptop recharged that I had no intention of giving them the password.

I then reminded them that my visit had been organized in conjunction with the Israeli foreign ministry and that I the night before I had been meeting with their boss, Amos Gilead at the Israeli Defence department. They were unfazed.

After a few more pointless questions and even more pointless answers, they left me alone in the interview room for another hour or so. About 20 minutes before my flight was due to depart, I was handed back my phone and laptop, given my boarding pass and the rest of my clothes and then rushed through the terminal and escorted on to the flight. I was the last one to board.

Luckily, I was allowed to make my own way to my seat, though arriving in a state of semi undress did mean that the elderly woman seated next to me avoided all eye contact for the whole of the flight.

I mention this as I have a business contact who once ended up being marched up to his seat in handcuffs. His ‘crime’ was doing a quick overnight trip to speak at a conference in Tel Aviv and not being able to tell airport security afterwards the name of the hotel where he stayed – he hadn’t booked it and all business hotel rooms look alike – or explain why the sum total of his luggage consisted of old socks and briefs tucked into his laptop case.

So, apart from now being an amusing anecdote, is there a serious point to all of this? Yes, there are two.

The first, is that the Israeli authorities treat their friends and allies every bit as badly as they treat their foes. This goes for Israelis as much as it goes for outsiders.

Which brings me to the second and more important point. While we are right to be highly critical of the Israeli government, especially Netanyahu’s hawkishness, we should not forget that there are many moderate and progressive Israelis who still believe in the two-state solution and who recognize that, just as in Northern Ireland, there are no sustainable security solutions to a political problem.

I am appalled by how successive Israeli governments have moved from the policies of Yitzhak Rabin and Shimon Peres, but I do not see how Ireland adopting the BDS strategy of boycott, divestment and sanctions, as urged by some in Dublin City Council, does anything except play into the hands of the hawks.

Another Dáil Motion tabled on 22 June 2016 and signed by most members of the opposition, called for the government to finally act on these commitments and do what eight other EU Member States have done and recognize Palestine.

It is long past time that we did it.

The column was too long to allow me to include this anecdote. This happened while we were staying in Grand Park Hotel in Ramallah:

The acting president and his entourage were stayed in our hotel, and took an entire floor, two or three storeys below ours.

His security guards routinely stopped the lifts as they passed their floor to look in and check to see who was on board.  The doors would open and two seated, Kalashnikov carrying bodyguards would peer into the lift car and then smile. The doors would close and we would go on our way.  This happened on every elevator ride we took, whether heading up or down.

Late at night (after we had a few Amstel beers in the secreted hotel bar) we headed up to our rooms. To our surprise the lift did not stop at the acting presidents floor. I was curious, so rather than getting off at our floor, we stayed in the lift and sent it back down to his floor.

As the doors opened we saw the guard’s two chairs facing the lifts, but no guards. Only their Kalashnikovs propped against the chairs. For about 5 seconds my colleague and I debated whether we should nip out and borrow up – but sense and a few non-intoxicated brain cells prevailed and we returned to our rooms, unarmed. 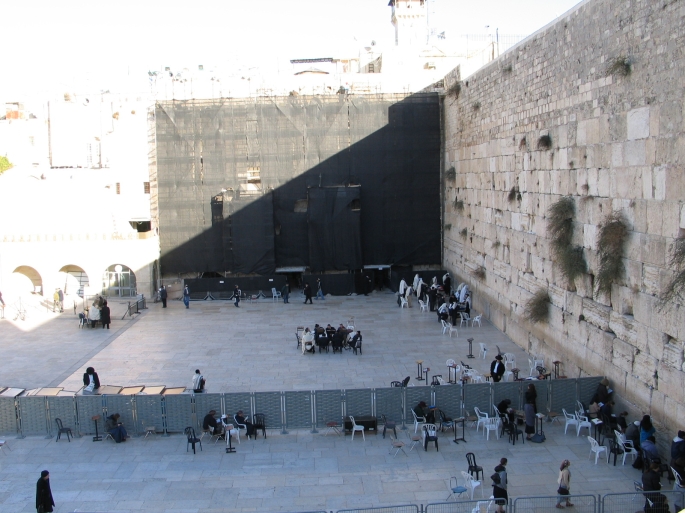