I wrote this #GE2020 analysis for Broadsheet.ie with less than two weeks of campaigning to go. I look at four key sets of data from the four national polls published at this point and conclude that they show no route back to office for Leo Varadkar or Fine Gael

With eleven days of this general election campaign to go, the one clear message emerging from the national polls is that it is time to stick a fork in Fine Gael. It is not just done, it is done to a crisp. The only thing rare about Fine Gael in two weeks’ time will be the number of constituencies where it holds more than one seat.

“Hold on there, Mooney” I hear you shout, “…on what are you basing this prediction of doom? You’re the one who’s repeatedly told us that national newspaper polls are not good indicators of how seats will go.”

Yes, I reply. That is true – and extremely well put, I might add. I am also deeply moved that you have been paying such attention to my ramblings here… but, this prediction is not just based on the headline figures on party support, it is based on a series of important findings within those polls.

These findings come from separate polls, but they sit remarkably well together and underpin the trend that has been repeated in the four polls published over the past two weeks.

END_OF_DOCUMENT_TOKEN_TO_BE_REPLACED 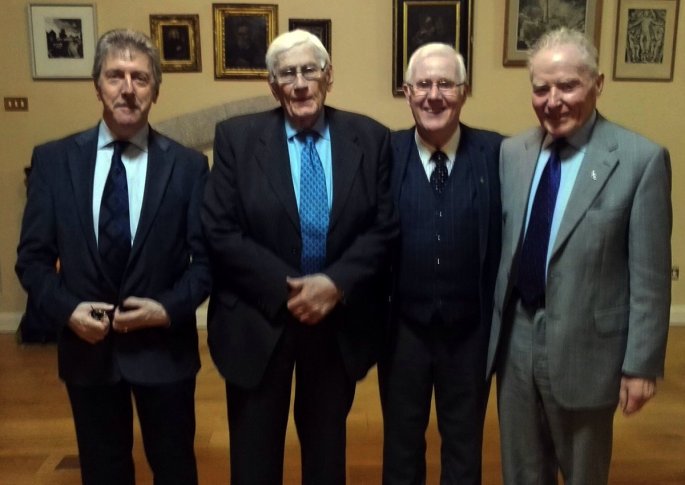 In a week when a referendum campaign that has managed to divide some of us comes, mercifully, to an end; it is worth recalling that this week, in fact this day, marks the twentieth anniversary of a referendum that briefly united us across this island.

Twenty years ago today, almost 2.5 million people across this island went to the polls to vote on accepting the Good Friday Agreement. Just over 2.1 million of them said Yes to the Agreement while 360,000 voted against.

The results, North and South, endorsed what the parties had agreed at Stormont Buildings and saw Northern Ireland set to see a return of devolution based on partnership government.

Heady days. But anyone who thought that having such a sizeable public endorsement and mandate for the Good Friday Agreement was going to ensure its smooth and speedy implementation was soon to be sorely disappointed.

END_OF_DOCUMENT_TOKEN_TO_BE_REPLACED

This column first appeared on Broadsheet.ie on April 10th, 2018 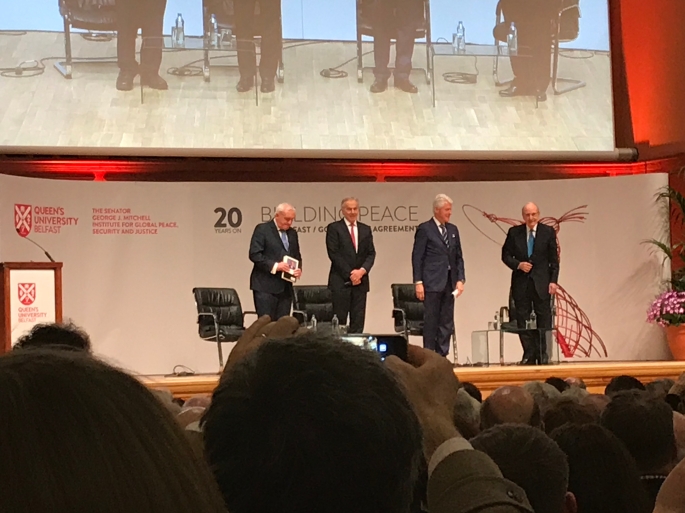 By the time you read this I will be in Belfast attending several special events to mark 20 years of the Good Friday Agreement.

One of those, at Queen’s University entitled: Building Peace, and organized by the Senator George J. Mitchell Institute for Global Peace, Security and Justice at QUB, is described as

“the only one of its kind to gather together so many of the key influencers on the Good Friday Agreement to mark its 20-year anniversary”.